It was disclosed by Punjab Forest Minister Mr. Sadhu Singh Dharmsot during a meeting with top officials of the Forest Department here today. He said that the Chief Minister Captain Amarinder Singh had already announced to plant 400 saplings in every village dedicated to 400th birth anniversary of Guru Sahab. He said that as part of this campaign a special drive would be launched at Sri Anandpur Sahib and Baba Bakala after identifying suitable places for plantation. 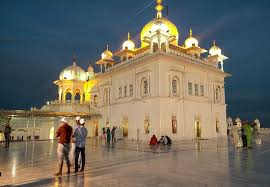 Mr. Dharamsot further informed that that Banners and Hoardings would be put up at appropriate places of the state to encourage and engage people with this campaign. He said that every citizen should take responsibility for sake of the environment and it was need of the hour. He said that forest department was being provided free saplings and appealed to the social activists, organization and youth clubs of the state to take care of these saplings into their areas.