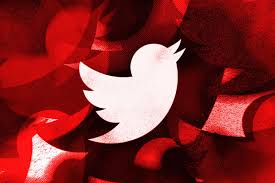 Has freedom of expression ended in India?

by Siddharth Varadarajan
Is it a crime to criticize Prime Minister Narendra Modi and Uttar Pradesh (UP) Chief Minister Adityanath? Article 19 of the Indian Constitution guarantees freedom of expression, which is subject to ‘reasonable restrictions’, although these do not apply to criticism or satire. Yet, two recent arrests in UP make it clear that this freedom no longer exists. Or as Idi Amin once said, ‘There is freedom of speech, but we cannot guarantee freedom of speech afterward’.
Policemen of Colonelganj police station in Allahabad arrested five people for putting up a hoarding in the past. In the hoarding, showing Prime Minister Modi with a domestic gas cylinder, Rs 1,105 was written, which is the price of a cylinder after the increase in LPG prices in the past. The poster also took a jibe at the Agneepath scheme of the central government while writing the hashtag Bye Bye Modi (#ByeByeModi).

Local BJP leaders saw the poster and lodged a police complaint, following which sections 153B (allegations or claims against national unity) and 505(2) (causing enmity, hatred or ill-will between classes) of the Indian Penal Code (IPC) or making provoking statement) has been registered.
The first section of IPC used here is used for the offense of targeting a group on the basis of their religion, language, caste etc. Cannot be used. The second section speaks of two or more ‘classes’ between whom enmity is being promoted. No law degree or training is needed to understand why both these sections cannot possibly apply to the ‘crime’ committed here.
And as if registering a police case was insufficient, major media forums helped perpetuate the ridiculous claim that some very real crime had been committed. The Times of India wrote in its report, ‘In a major breakthrough, a team of Colonelganj Police on Monday evening wrote (#ByeByeModi) near Reserve Police Lines on Bailey Road on Saturday evening on the charge of putting up controversial hoardings of a printing press owner and a Arrested five people including the event organizer.
After this, the second case from UP was equally ridiculous. Ashish Yadav, an 18-year-old school student from Kannauj, was arrested by the police for posting an ‘objectionable’ picture of Chief Minister Yogi Adityanath on social media. In the photo, Adityanath was shown with a bottle of milk in his mouth and a shoe on his head. Many laughing ’emojis’ were made on the shore.
One can compare the ‘derogatory’ picture of Adityanath made by Ashish Yadav with the nude cartoon of then Prime Minister Jawaharlal Nehru making an unsuccessful appeal to the United Nations in 1953 by Shankar. If you are a humorless, intolerant politician or policeman, you will find that portrayal of Nehru far more ‘outrageous’ than the somewhat amateurish attempts of this schoolboy. However, Nehru, far from registering a case against him, had said that ‘Shankar, don’t spare him too!’ Rita Garola Khanduri tells in her book ‘Caricature Culture in India’ that in fact in 1955, Nehru told her (the cartoonist). Shankar) with him on a tour of the USSR.
Coming back to Ashish Yadav, the Kannauj police considered his ‘crime’ to be more than the crime registered at the Colonelganj police station and charged Yadav with IPC sections 153B and 505(2) as well as 153A, 295A and IT. Case registered under section 66 of the Act. Here also these sections had nothing to do with ‘crime’. Yet, the seriousness of the poor boy’s ‘crime’ being taken by the authorities is indicated by the statement of the officers, where, according to PTI, they had told ‘District Magistrate Rakesh Kumar Mishra and Superintendent of Police Rajesh Kumar’ Srivastava reached the Talgram police station and interrogated the student in a closed room.
There are many other examples of such spectacular ‘successes’ and high level inquiries from Uttar Pradesh and elsewhere, which testify to the death of freedom of expression. And this rot goes deeper than the intolerance of politicians for their criticism and the police’s minimal respect for the Constitution. Every arrest like these is always supported by the magistrates before whom these helpless ‘criminals’ are produced. Denial of bail in the first instance is becoming more or less the norm, the same in New Delhi. As we saw in the case of Mohammad Zubair, where the duty magistrate first and then the chief metropolitan magistrate insisted that he be sent to custody for a tweet.
By the time a sessions court judge granted bail in Zubair’s case, the government had already registered half a dozen similar fake cases against him and an SIT had already been formed to ensure his detention.
No matter what level a judge is in the judicial chain, it is his responsibility to protect the citizen against the abuse of executive powers. If you remove them, what remains is the punishment that comes from the process. At the time of violation of fundamental rights, Indian democracy is increasing on the path of decline due to turning away from judicial responsibility.